Augustour: A lot to see between Bolzano, Trento, Rovereto and Verona

The cycle path that connects the city of Bolzano, capital of South Tyrol, to Rovereto in Trentino, runs for 82 km almost entirely along the Adige river. If you want to leave the mountains for a day to combine sport and culture, the bike path along the green Adige valley has something to amaze the cyclist.

On the northern outskirts of Bolzano, at the entrance to the Sarntal valley, the cycling path starts, first along the Talvera river and then along the Adige. If you don’t want to stop and visit the city of Bolzano, famous for its arcades, the Gothic cathedral and its archaeological museum that preserves the remains of the man from Similaun (Ötzi), a mummy from the Bronze Age found one summer after the melting of the glacier of the Senales valley, you continue south. Soon on the right you will see Castel Firmiano, which houses the Mountain Museum (MMM), strongly desired by the mountaineer Reinhold Messner.

The Adige valley, which in the stretch between Bolzano and Salorno was called “Bassa Atesina” until 1180, was an impassable swamp. Thanks to its reclamation, which was resumed in 1890, it is now an enormous orchard, whose flowering in March is worth a visit. In addition to apples, vines also grow abundantly, especially on the slopes. There are numerous castles and manor houses in this valley. Cycling past, you reach the Salorno lock, the natural boundary that separates the autonomous province of Bolzano from the province of Trento. This is also a linguistic border, since south of Salorno only Italian is spoken, even if German is studied in these border areas.

Now we are in Trentino. From San Michele all’Adige starts the Val di Non, known among other things for the apples “Melinda”. We are in the heart of the Rotaliana plain, famous for the wine “Teroldego”. Cycling a little further you arrive in Zambana, capital of the asparagus. In Lavis the cycle path leaves the Adige river bank. After a series of bends you arrive in Trento, main town of Trentino. The city, seat of the Council of Trent (1545-1563) is known for its Romanesque-Gothic cathedral and the beautiful square in front of it with the majestic fountain of Neptune and the Castle of Buonconsiglio. Here you can admire the frescoes of the Twelve Months, the work of an anonymous fifteenth century, one of the finest examples of international Gothic.

Cycling towards Rovereto, there are two castles that dominate the valley: Castel Beseno and Castel Pietra. The first dates back to the twelfth century and stands out for the grandeur of its walls. From its patrol path you can enjoy a panoramic view over the entire Adige valley. It is here, between Calliano and Besenello to be precise, that in 1487 Trentino and Venetians clashed to control the area. Entering the walls of Castel Beseno you reach the Court of Honour, where the Palazzo dei Mesi takes its name from the cycle of frescoes of the 15th century that adorn it. Rovereto is a city of culture that gave birth to the philosopher Antonio Rosmini, also known because the futurist artist Fortunato Depero lived there. It was here that Mozart held his first two Italian concerts in 1769. In summer and autumn in Rovereto take place several cultural events of international scope, such as the Festival of contemporary dance East-West and the Mozart weeks. 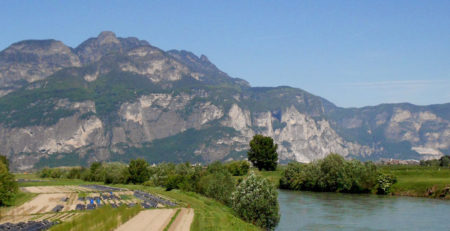 
Here our special packages for you, which includes accommodation and more services  Once you have done the registration, you are part of the AUGUSTOUR.  Book it now, rather easy, isn´t […]


As   part of the cycle route along the “Via Claudia Augusta”, the AUGUSTOUR event offers not only sporting activities, but also gastronomic highlights and some very special cultural stops thanks […] 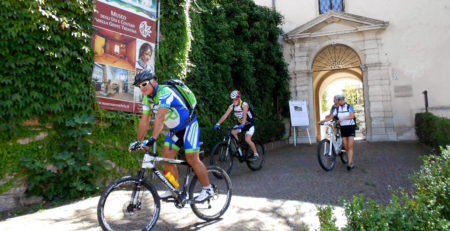 After arriving in the AUGUSTOUR – stage resorts Bolzano, Trento, Rovereto and Verona, the cyclists can do all sorts of things according to their wishes. Here are some tips: In […]

Also for the next edition of AUGUSTOUR you can rent a suitable trekking bike, e-bike or pedelec in case you arrive without your own bike. Through our partner, Südtirol Rad […] 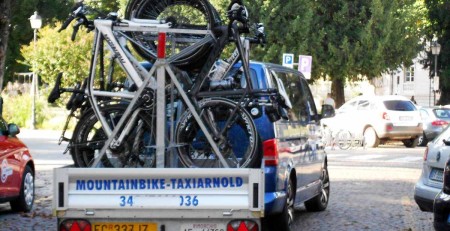 Book a place on our shuttle bus that brings you (and your bike) from Trento to Passo Resia (Curon/Graun) where the event will begin. The bus starts on Thursday, 19.05 […]